WHO IS BEHIND THE MEAD? 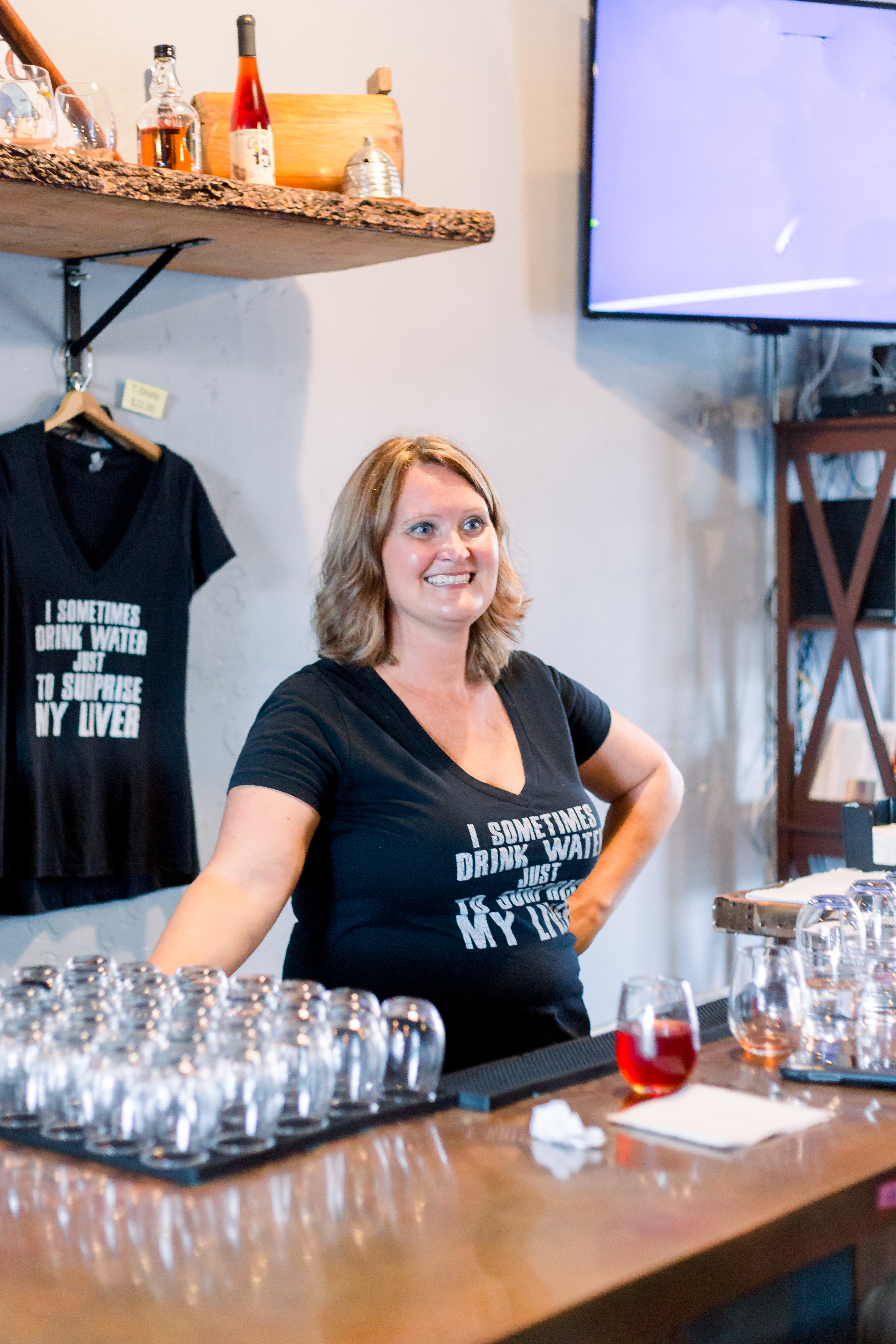 The story of Haley’s Honey Meadery is one that begins at the roots. Founder, Tonya Haley, grew up in Chesterfield, Virginia not far from Haley’s Honey Meadery. Tonya’s father was a beekeeper as well as a supplier — giving her a unique insight into the world of beekeeping. As Tonya grew up, she was surrounded by anything and everything bees. She learned from the best in the business about how to care for bees as well as the many benefits of beekeeping. Not only are bees great for the environment, but the honey they create contains antioxidants and pollen, making it a powerful ingredient.

After receiving a degree in urban studies and planning from Virginia Commonwealth University and a master’s from Virginia State University in education, Tonya eventually decided she wanted to return to her roots and pursue beekeeping. She began her own beekeeping business selling honey at local events, farmer’s markets, and even Ukrop’s Supermarkets.

After 20 years of selling honey, Tonya realized how oversaturated the market had become, and decided she wanted to try something new. She sought out a creative way to use the honey she was already producing. She asked her husband Mike if they could begin making Mead — also known as honey wine. Mike quickly agreed and together they started the journey of opening a Meadery. Mike became the head mead-maker as Tonya began to build the new business. She acquired her licensing, leased a building in Downtown Hopewell, found local suppliers for ingredients, and began making mead. The storefront opened on November 17, 2018, and business flourished.

The meadery is now a huge success. The tasting room is bustling — offering 20 types of mead for customers to taste. After the COVID-19 pandemic began, Haley’s Honey Meadery had to adjust. Because retail sales were halted, Tonya and Mike purchased a traveling trolley and began delivering pre-ordered mead slushies and bottles in local neighborhoods. It was a hit. They continued to visit festivals and markets throughout Virginia as things reopened and have plans for expansion in the future!

The emphasis on “shopping local” is what has made Haley’s Honey Meadery an attractive destination. Utilizing quality ingredients from the community has led them to produce amazing products beloved by the people of Hopewell and beyond. It is what continues to differentiate them and make Haley’s Honey Meadery truly unique.

Are you of legal drinking age 21 or older?

THE ALCOHOL PRODUCTS ON THIS WEBSITE ARE INTENDED FOR ADULTS ONLY.
By entering this website, you certify that you are of legal drinking age in the location in which you reside (age 21+ in the United States).